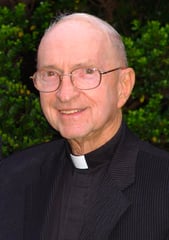 A Mass of Christian Burial will take place on February 6th at Our Lady of Mercy Church, 2 Fremont Ave., Park Ridge, at 11 a.m. (As seats are limited, online registration is required for all attending the Mass. To register, go to urolm.org). Visitation will follow from 12:30 to 2:15 p.m. (To view the Mass, go to urolm.org, click on live stream Masses, scroll to Mass of Christian Burial.)

Visitation will continue on Monday, February 8, at St. Elizabeth of Hungary Church, 424 Lincoln Ave., Avon, from 9:30 to 10:45 a.m., followed by a Mass of Christian Burial at 11 a.m. Interment will follow at St. Catharine Cemetery, Sea Girt.

Arrangements are by Reilly Bonner Funeral Home, Belmar, NJ. To send a condolence or register for Mass,  visit reillybonnerfuneralhome.com.

RENEW International, a Catholic ministry organization, is the leader in parish spiritual renewal and evangelization. For four decades, RENEW has served as a trusted partner to parishes and dioceses in 24 countries around the world.