RENEW International, a Catholic ministry organization, is the leader in parish spiritual renewal and evangelization. For four decades, RENEW has served as a trusted partner to parishes and dioceses in 24 countries around the world.
Find me on: 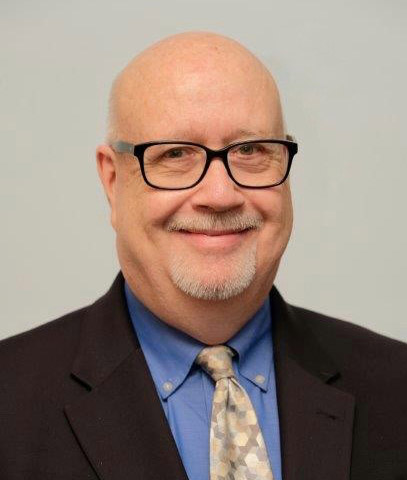 Share in the Masses That Celebrated Father Tom: Watch the Videos 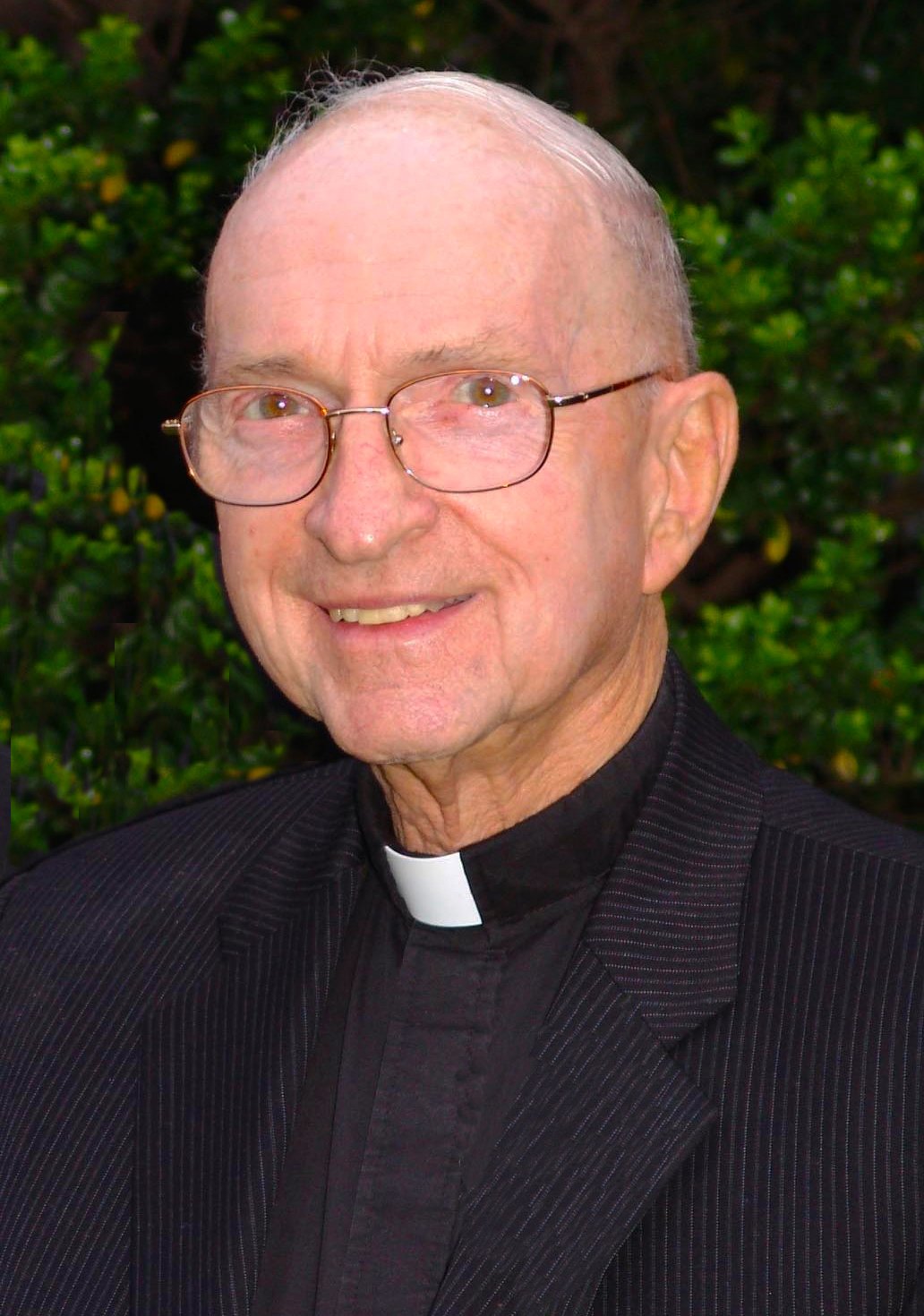 For those who were unable to attend the Masses of Christian Burial on February 6th and February 8th, we share the recordings below:

Our Christmas Message to You

Women in Conversation: The Unopened Gift 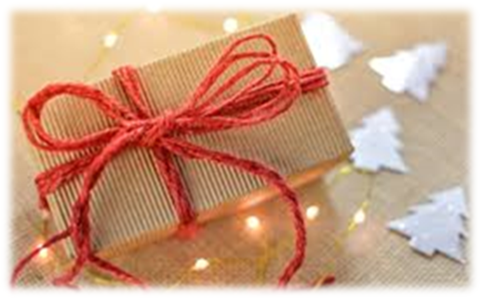 What is in that mysterious unopened gift under the tree?  And who put it there?

In anticipation of RENEW’s upcoming small-group guide for women, Stand Up! Women in Conversation with Christ by Loretta Pehanich, you are invited to a virtual Christmas gathering of Women in Conversation using Zoom on Wednesday, December 16, 4:30-5:30 P.M. PST. The theme is "The Unopened Gift."

Join women near and far for an unusual holiday treat complete with break-out conversations, music, prayer, and more.  Plan to wear something festive, to show some Christmas décor in your background, or wear your Christmas jammies!

If you would like to attend this unique virtual gathering, please send an email to WomenConversationRENEW@gmail.com by Monday, December 14th and you will receive an email with the Zoom link and more details.

RENEW International is excited to announce—and welcome—Theodore “Ted” Musco as the Vice President for Pastoral Services and Operations effective July 6, 2020. Ted will oversee the pastoral services and operations teams of RENEW, bringing to this new position his numerous pastoral and administrative skills gained from previous ministerial positions.

A Message of Hope from Sr. Terry

Online Resources, Webinars and
Faith-Sharing Sessions to Help Parishes
through the Pandemic

Visit our EVENTS & WEBINARS page to learn about our upcoming free webinars and online faith-sharing experiences in English and Spanish to help parishes, small groups, and individuals at this difficult time.

If you missed one of our webinars or just want to watch again, we will add links after the events you can stream the videos at your convenience:

"Becoming the Saint Next Door":
A Conversation with Sr. Terry Rickard and Chris Lowney

In this recording of an April 23 online conversation, RENEW's Sr. Terry Rickard and best-selling author Chris Lowney share their personal insights on everyday holiness and what it means to be the "Saint Next Door" during this time of pandemic.

"Till We Meet Again" Series

The pandemic may keep us at a distance, but it need not keep us apart. RENEW International offers these faith-sharing sessions for your small groups to use via conference call, Zoom, or other new technology:

Easter Message 2020: Hope will not be cancelled

Almost everything is cancelled—even Easter Sunday Masses. But hope refuses to be cancelled. So many people are rising above the fear and turning to help their neighbors: delivering groceries for the elderly and infirm, making masks for health-care workers, and checking in on friends and family. Our technology-challenged Church has come alive by offering live-streamed Masses, retreats, and Stations of the Cross. Priests are hearing confessions in parking lots and small faith-sharing groups are meeting via Zoom and conference calls. Some neighbors turn to chalk art to share messages of hope. One of my favorites is “Hope will not be cancelled.”

We will not gather for Eucharist at our parishes nor enjoy our usual Easter dinner gatherings with family, but Easter comes nevertheless, reminding us again that Jesus has defeated death and revealed his merciful love to us. Our Christian faith assures us of the final victory of good over evil, health over sickness, and life over death. During the pandemic, love is not cancelled, faith is not cancelled, charity is not cancelled, and hope sustains us all. Hope is not just something that happens; it is something we choose. Hope is something we must nurture and share. Our hope lies in our faith in Jesus Christ and his power to redeem us. This Easter we affirm our belief in Jesus, our healer and redeemer. He is with us and for us during this pandemic. And because we believe, we have hope even in this dark time.

Jesus is alive and among us. Amen. Alleluia!

Wishing you and your family a Blessed Easter!

RENEW Prayer Amid a Pandemic*

Lord Jesus Christ, we pray for your healing touch during this pandemic. We ask you to accompany those in our small groups,
our parishes, our communities, our nation,
and throughout the world who are impacted
by the virus through infection, economic loss,
or anxiety.

Renew our faith in your promise to be with us always.
Keep us mindful, Lord, that we share in this crisis as a family and that whatever we are asked to do to prevent the spread of infection, we do for the good of all.

May we be patient and generous with each other, following your example, you who live and reign with the Father and the Holy Spirit, one God, forever and ever. Amen.

Copyright © 2020, RENEW International. All rights reserved. This text may be reproduced in whole or in part without alteration for nonprofit educational use, provided such reprints are not sold and include this notice.

Copyright © 2020, RENEW International. All rights reserved. This text may be reproduced in whole or in part without alteration for nonprofit educational use, provided such reprints are not sold and include this notice.

In a recent article in National Catholic Reporter Online, NCR news editor Peter Feuerherd names RENEW's contribution to small-group faith communities for both Latino and non-Latino Catholics. Feuerherd predicts that the small-group model of "human connection with faith life" will help fill a need for US Catholics during the pandemic.  Given that gathering even in small groups poses risk at this time, RENEW is offering online options for faith-sharing and other opportunities. Please check our EVENTS & WORKSHOPS page for the latest offerings.

Social distancing and the sacraments: How the coronavirus pandemic has changed our sense of communion 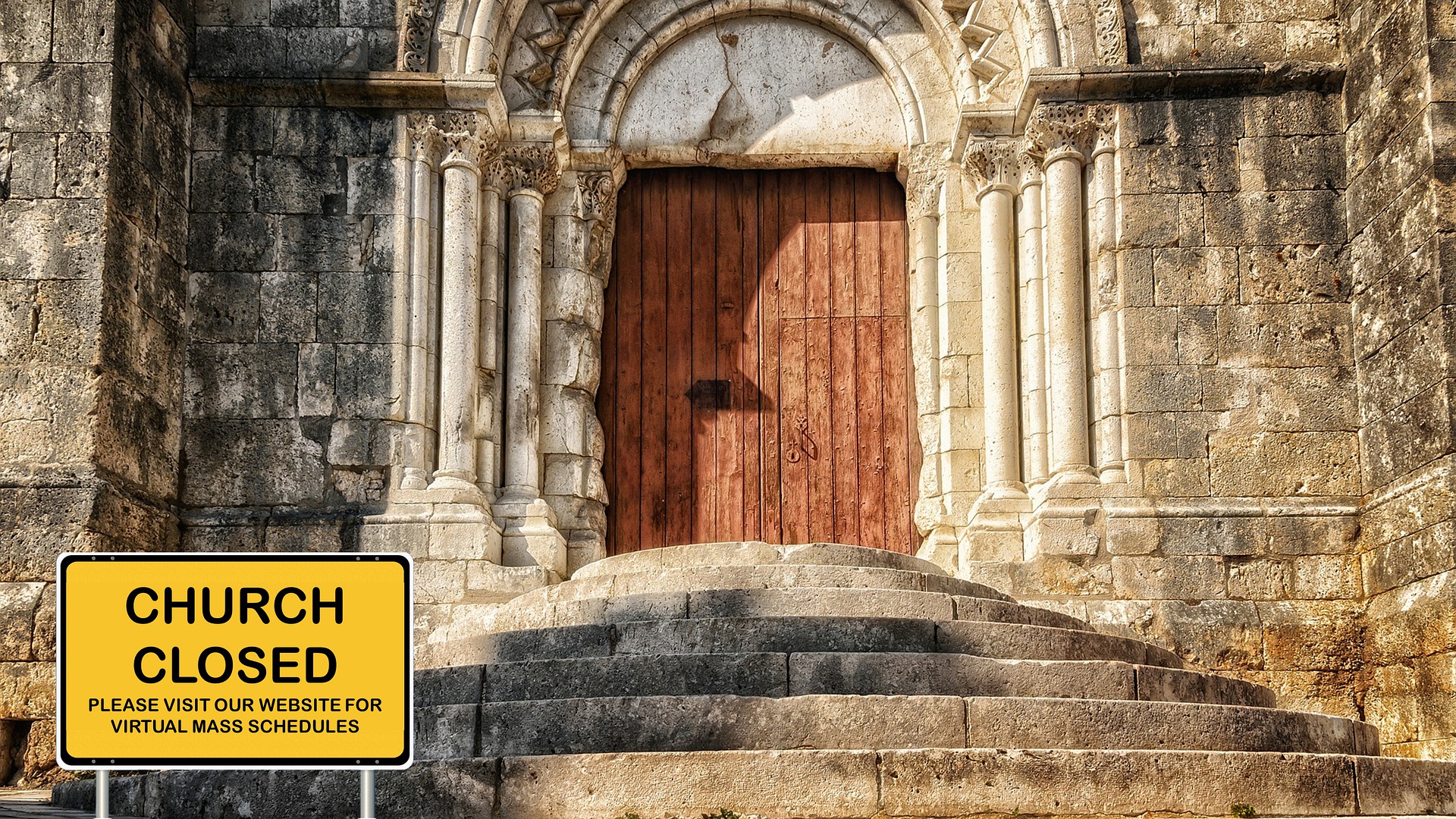 America Magazine's Kerry Weber recently interviewed RENEW's president, Sr. Terry Rickard, and other Catholic thought-leaders about the spiritual, emotional and logistical challenges the pandemic and physical separation have brought us, but also about the  opportunities it presents for the Church as we move forward. 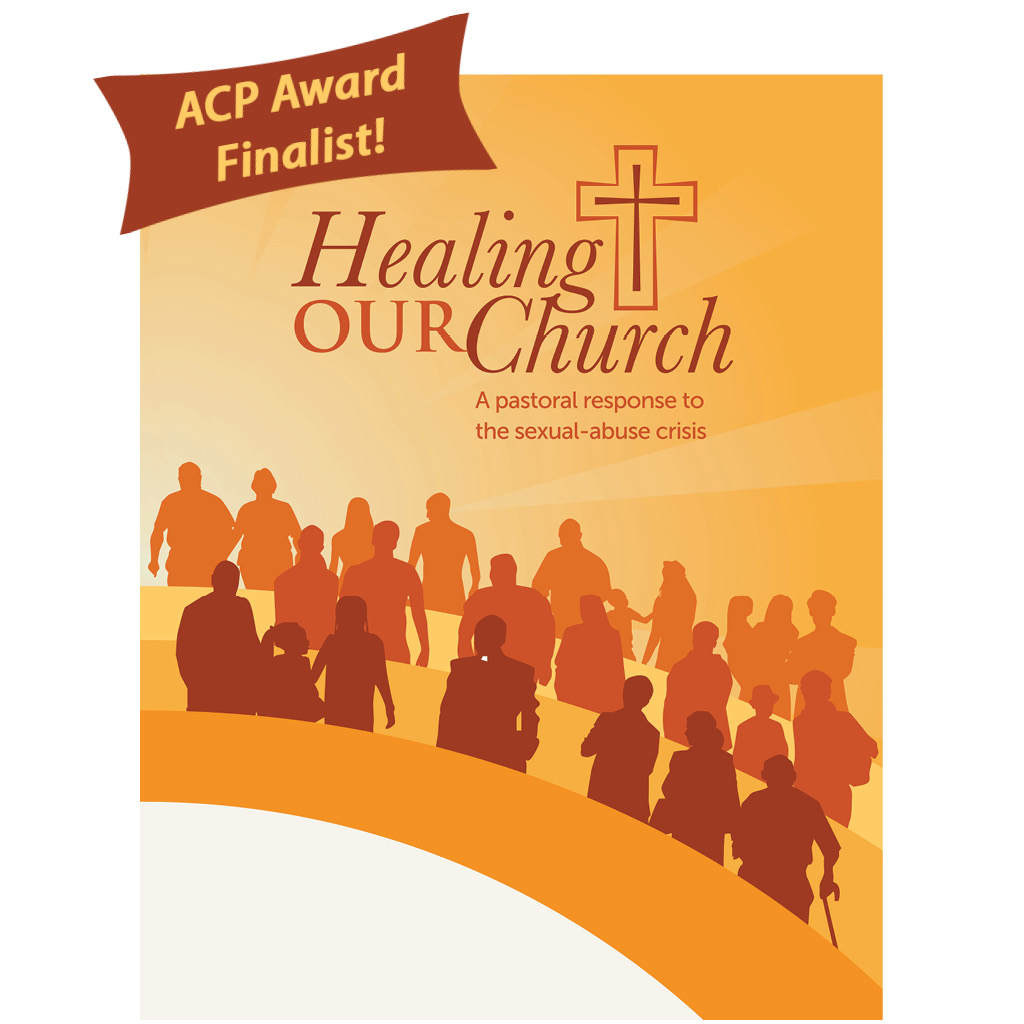 The Association of Catholic Publishers (ACP) has named RENEW's Healing Our Church and Sanando Nuestra Iglesia as finalists for the 2020 "Excellence in Publishing Awards." Healing Our Church, by Jerome Herauf and RENEW’s Charles Paolino, is a finalist in ACP's category of Resources for Ministry. 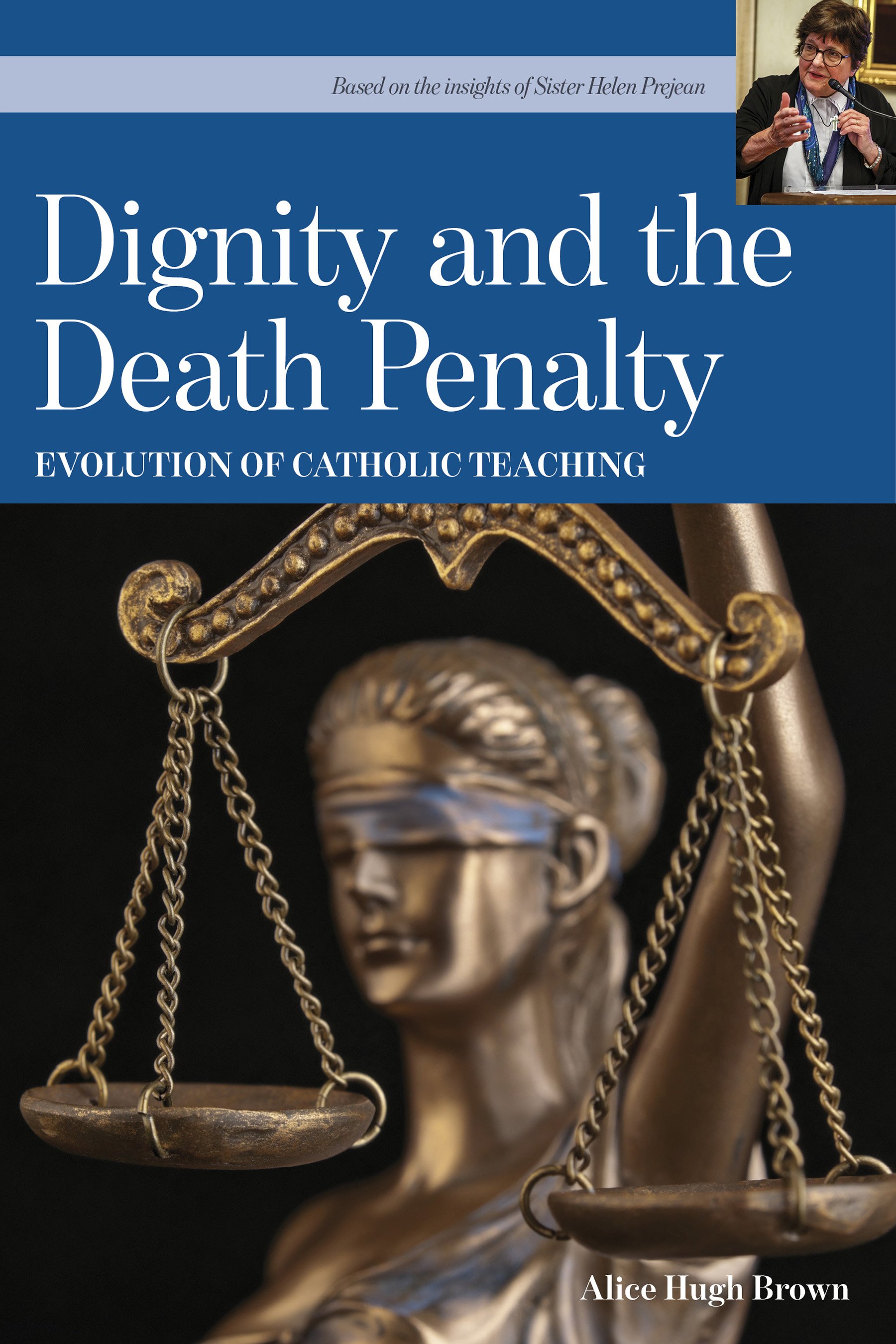